The Top 4 Mad Lads in history

A small list of people you would think are mad.

1. The Longbow, Sword and Bagpipes boi in WW2 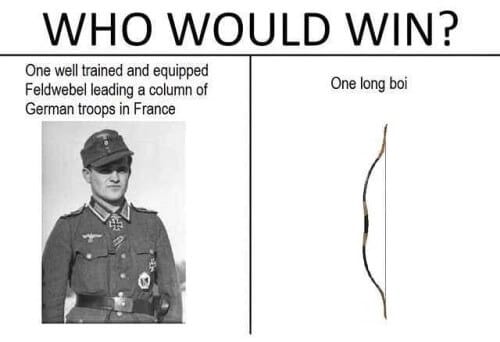 When WW2 broke out, he was recalled to the army and sent to France. Mad Jack used his bow while on patrol getting his first kill in the Battle of l'Epinette then preceded to use two machine guns to fight back until they ran out of ammo and lead his company to safety despite being shot in the shoulder. 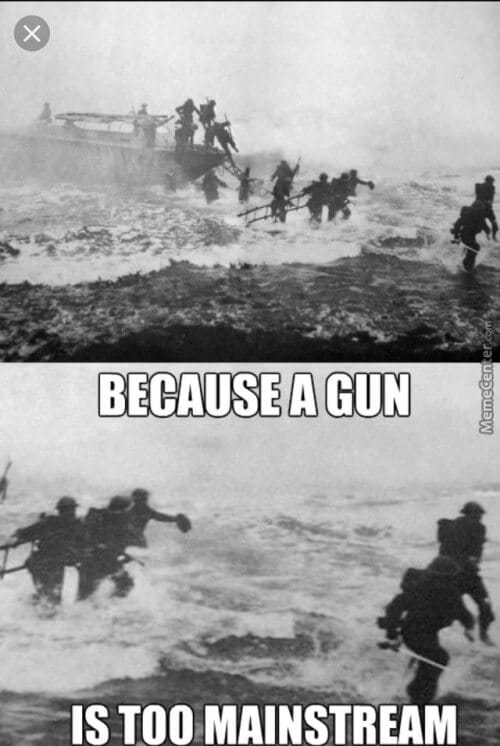 Jack with his Sword on the right

In 1941 Operation Archery, he was part of a raid in Norway where he literally stormed the beaches playing his bagpipes, hurled a grenade then charged onwards with his broadsword defeating the enemy, capturing prisoners and supplies as well as destroying shipping.

In 1943, he led an attack in Italy to destroy Observation posts and Artillery in the dark. Instead of using stealth tactics, he and his men started shouting "Commando!" confusing the Germens and capturing 136 prisoners despite only having only 50 men. This wasn't enough, he later captured another 42 prisoners using his sword with only one other soldier by his side. During all this fighting, he had lost his sword in the town he attacked so after marching the prisoners back to friendly lines, he went back to the town, which was still in enemy hands, to retrieve his sword.

In 1944 Yugoslavia, leading commandos and Yugoslav partisans attacked the hill, point 622. Surrounded, out of ammo and sustaining heavy casualties Mad Jack just got his Bagpipes out and started playing until he was knocked out by a grenade and captured by the Germans. Sent to Sachsenhausen concentration camp, he would escape, get captured again and escape his second POW camp in Austria. Walking 150 miles through the alps, he reached back to friendly lines.

Mad about the war ending 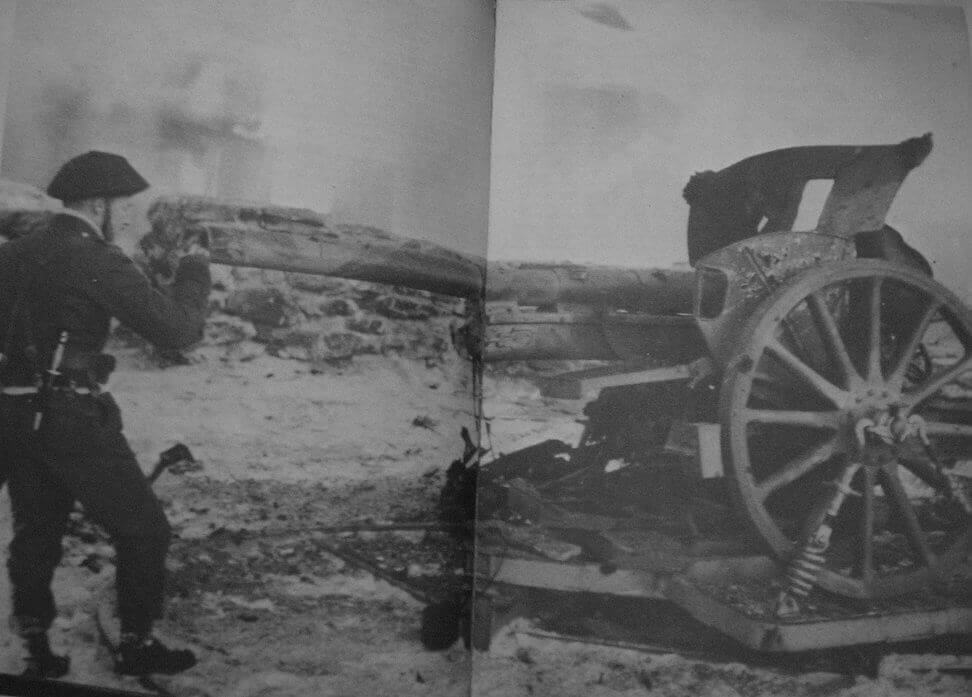 After recovering in England, he was annoyed that the War ended in Europe. He quickly volunteered to fight the Japanese but it was too late. He was so mad about the war ending he said:

"If it wasn't for those damn Yanks, we could have kept the war going another 10 years!" 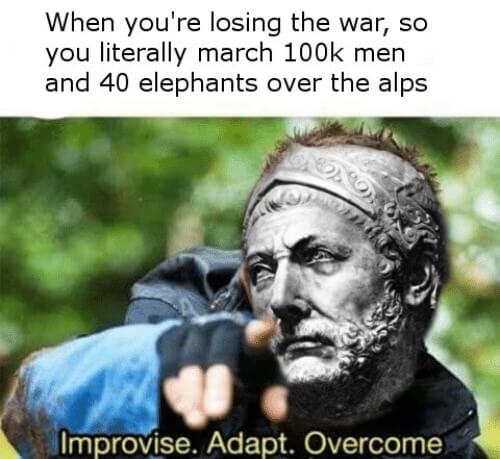 In 218 B.C there were two superpowers, Carthage and Rome. To defeat the Romans, a Carthage general, Hannibal quite literally marched 30,000-100,000 soldiers(disputed), 40 elephants and 15,000 horses over the mountain rnage, the Alps, into Italy in just 16 days like an absolute madman surprising the Romans in battle after battle. 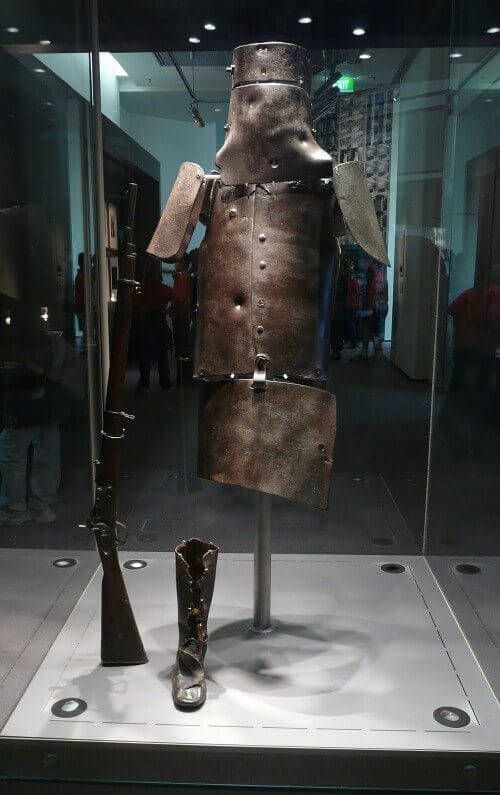 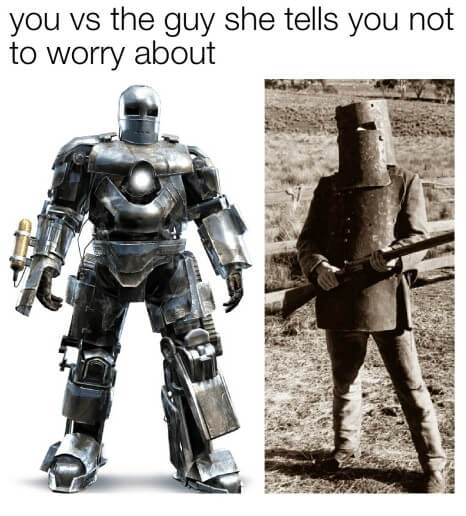 Ned Kelly, a criminal bushranger was a popular outlaw who was supported by many people of the time. In June 1880, dressing in the armour(shown above), he and the Ned Kelly gang took hostages in the Hotel Glenrowan Inn. With a lack of sleep, intoxicated by alcohol and surrounded by police, the gang staged a last stand where 3 members were killed. However Ned Kelly's armour deflected all rifle fire from the police and while laughing, he preceded to walk towards the police which made it easy for the police to just shoot his legs(They had no protection). Some say that right before commencing his death penalty, Ned said:

"Ah well I suppose it has come to this" and "Such is life".

4. The Umbrella and Bowler Hat wielding Paratooper in WW2 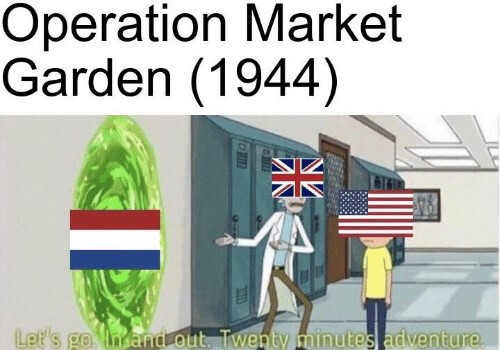 Digby Tatham-Warter, probably part of the kingsmen, once "borrowed" an American transport plane and flew him and his fellow officers to London to party in the Ritz hotel but this isn't even the end of his madness. In 1944, he parachuted into the Dutch city of Arnhem behind enemy lines. Being a sceptic of the reliabilty of the radios used, he trained his men to use trumpets to send orders which worked out as the radios they brought were immediately not working.

During the battle, he wore a Bowler hat to be easily identified for the simple reason that he couldn't remember the passwords used to identify friendly units. He would also casually wave his umbrella directing his troops keeping moral high. When surrounded, he led a bayonent charge against a Panzer division(Tank division) wearing his bowler hat and using his umbrella in one hand and a pistol in the other. Madly enough, he actually disabled an armoured car by poking the driver with his umbrella in the eye!

Later on in the battle, seeing a chaplin under heavy fire went up to the chaplin and reassured him saying:

"Don't worry about the bullets, I've got an umbrella" and escorted the chaplin to safety.

When an officer commented on his umbrella saying: "That won't do you any good", Digby replied "Oh my goodness Pat, what if it rains!".

After the battle of Arnhem, he was captured and taken to a German hospital where he escaped from a first floor window while wounded. He later found the Dutch resistance and later disguised as a Dutch citizen (Netherlands was still under German control). He was such a madman that one time, he stopped to help push a German staffcar out of a ditch. Another time he even entered the house(which the resistance was in) before the Germans who were knocking on the door which is a massive no no. Later on he would find his way back to British lines.