My review on why the redstone handbook is one of the most important articles of knowledge in human history! 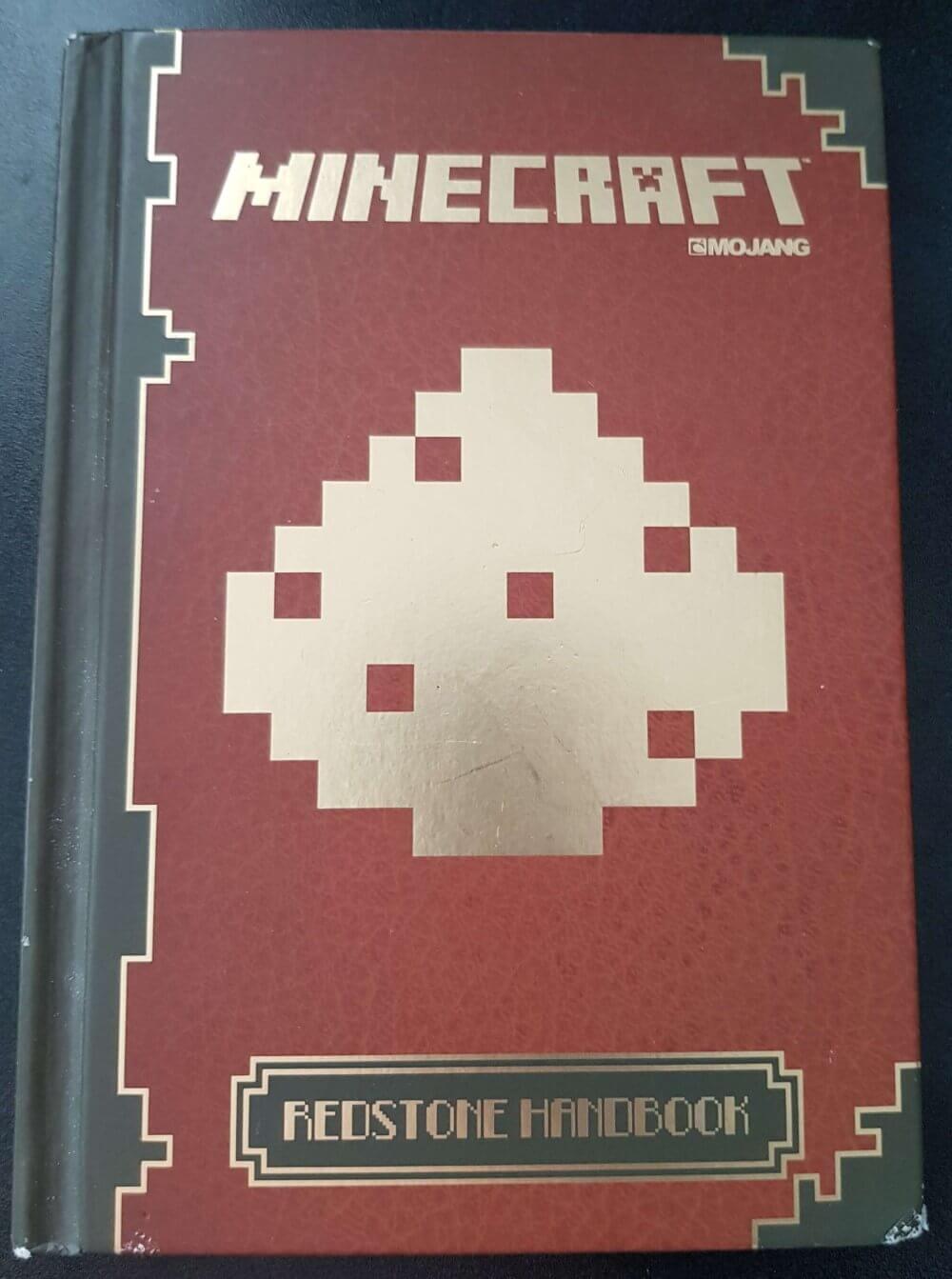 The official Minecraft redstone handbook, created in the year 2013 guides you through the world of redstone with guides, tutorials and massive projects created by other masters. This review is of the original redstone handbook although there is an updated version from 2015 which you can get with even more redstone contraptions inside. 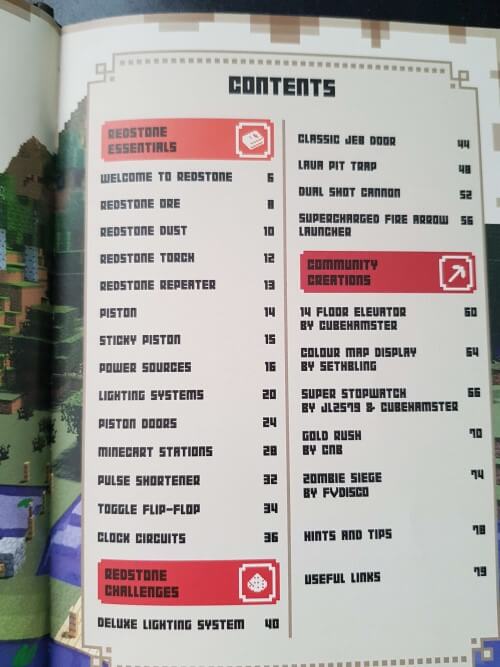 The contents are divided into three following sections: 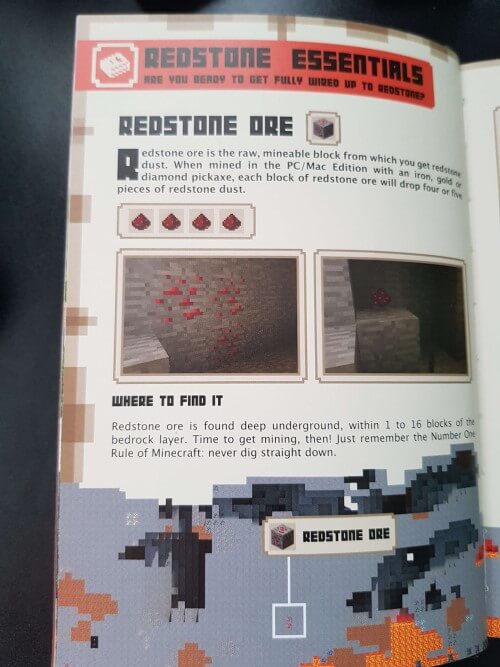 This section is very useful to beginners with information on redstone, where to find it, how to increase your yield with enchanted tools and dedicated pages on each and every redstone component of the time. It also showcases crafting recipes for the components as will as useful tops such as the all important: "Remember, redstone dust can't help you until you've given it a power source.".

This is by far the most useful section of the handbook with contraptions that are useful and easy to recreate! It ranges from home improvement to more deadly self-defence contraptions with my favourite ones shown below: 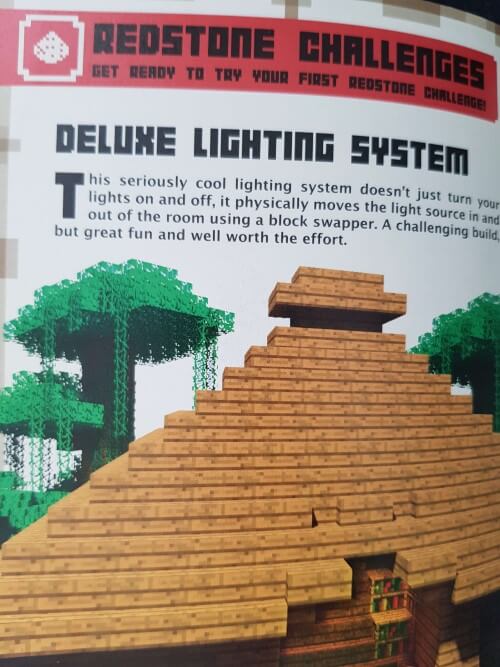 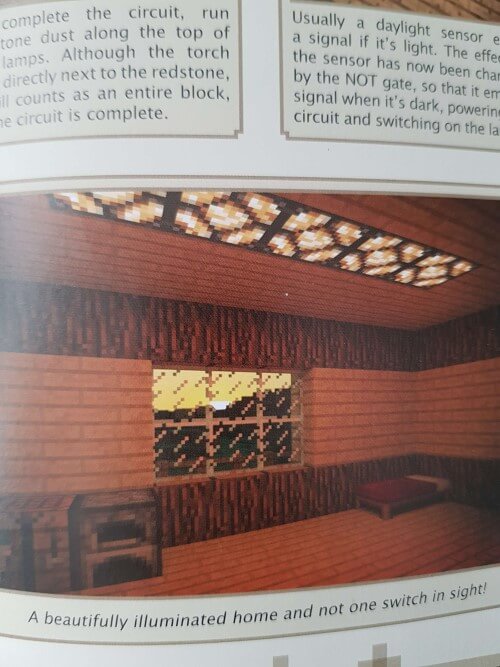 The Deluxe Lighting System allows you to swap between a glowstone block (lightsource) and a normal block allowing the light to be turned off when not in use. Especially great to give your house a cleaner look and when hooked up to a daylight sensor it gives you one less thing to worry about especially of spawning mobs! 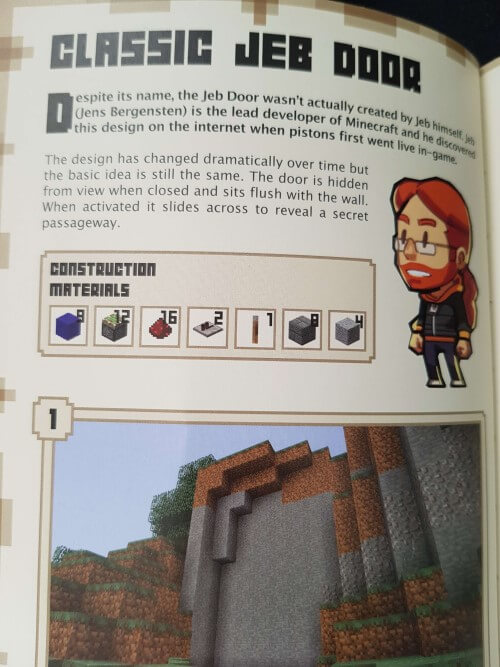 This is probably one of the must-haves in your build either as a main entrance or as a hidden escape route. This classic door basically allows you to create a door that hides in plain sight as seen in the image above. When needed, the door will open up revealing a hidden entrance into your build by creating a 4 by 4 block hole in your wall. 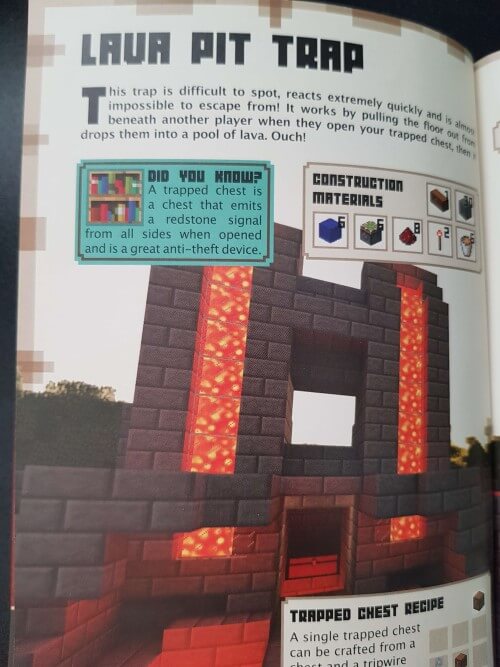 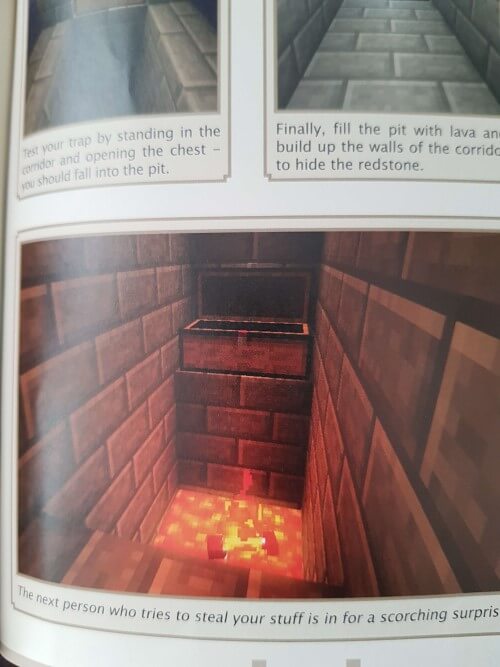 Make other players think twice before opening your chests to steal your well-earned diamonds! This contraption opens the floor up whenever someone digs around your chest, making them fall into a lava death trap as a punishment which also burns all their hard-earned items. Of course you can give a less severe punishment by simply making a fall pit but whatever you device, it sure will make them think twice before opening your chests! 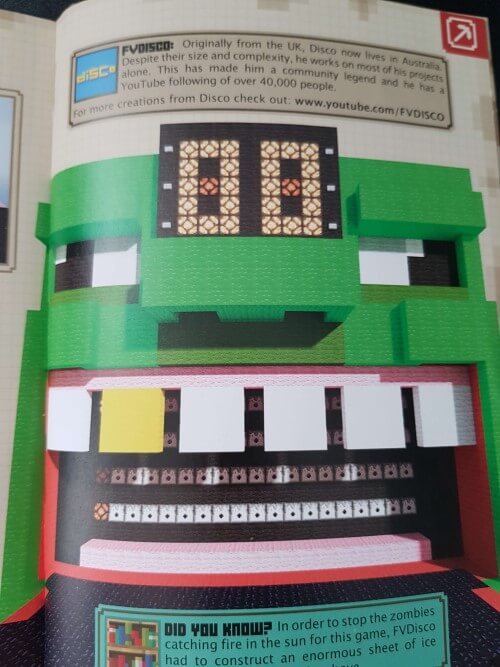 This section basically allows the redstone masters to flex their creations in a published book. There are four showcased in this handbook:

This is probably the least useful section to your average Minecraft player but it still cool to look at the massive contraptions and to read how they were built! 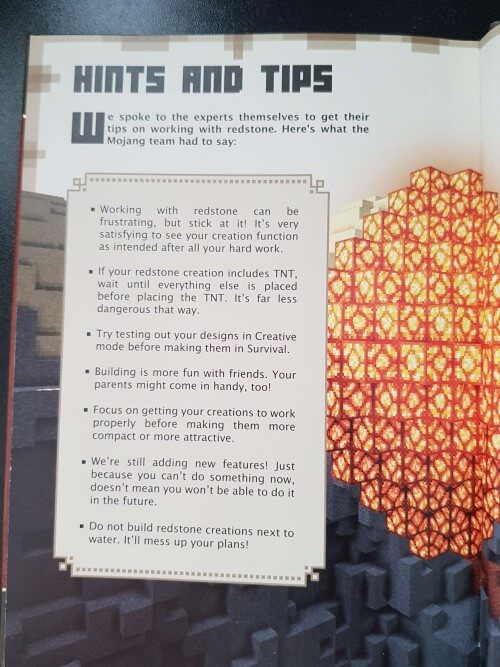 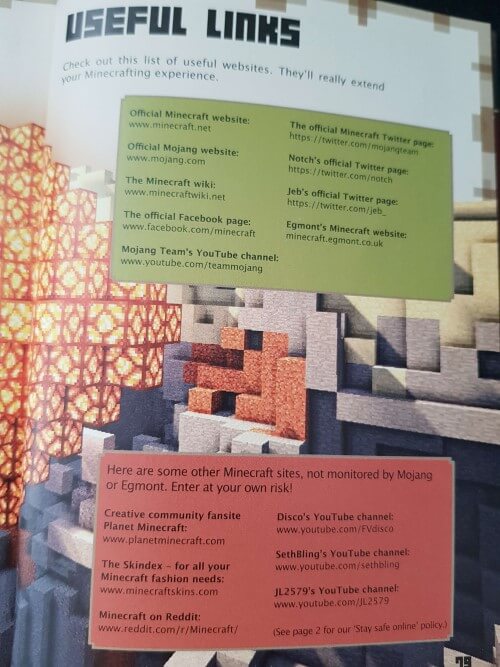 These two final pages(shown above) provide some useful info to take in such as the tip: "Do not build redstone creations next to water. It'll mess up your plans!" to useful links that are still relevent even 7 years later although some are on Youtubers that have betrayed the Minecraft community by playing so called Arcade games...

Overall this is the best that money can offer for the foreseeable future. It is truly amazing how a 7 year old book can still be relevent in the Minecraft world after the many updates that Minecraft has acquired over the years and although there are probably more efficient ways in creating the same contraptions, as a Minecraft veteren, the old ways are always better.